Prepare to board the Heckel and Thomas as a black ops CDF detachment who were sent to investigate the disappearance of the long lost colonization ship. Keep your team teammates alive to evolve more stories and stand a chance of survival with 3 different endings. With random loot from lockers, team mate survival at any given time gives you a unique experience every time along with random enemies and how well you explore and use inventory to match each situation, will you survive, alone or with some team mates. Keep them alive as long as you can!

Ghostship Chronicles is the third and final chapter in the Ghostship Trilogy. Based a year before the Icarus 3 Incident in CDF Ghostship/Ghostship Aftermath, this secret Black Ops mission was to investigate and salvage a lost CDF colonisation ship. The ship disappeared for almost a year and has now been located. A small CDF Marine detachment was dispatched to investigate and salvage the ship if possible.

Ghostship Chronicles is an indie game which has some cool and unique features and gameplay as well as a story mode with 3 different endings in the release version. We plan on adding more free content over the coming months.

– Story mode with random elements and lots of replay ability.
– Atmospheric and action packed gameplay in wave based Onslaught mode.
– Inventory Management and random and unique item to help you on your quest to escape.
– 1st and third person modes – Swap between First & Third person views at any time.
– Random Loot and random gameplay elements in every new game.
– Intuitive Inventory system with upgrades and strategic management.
– Random Enemies to offer challenging gameplay.
– Futuristic arsenal of weapons, tools and items to be found and used to your advantage.
– A training simulation to try out all the weapons and equipment.
– Atmospheric Visuals and sound with a forbidding atmosphere.
– Use light to your advantage through weapons, flares or just activate the reactor.
– 3 different endings in story mode and real time cinematic to make the most out of your hardware.
– Up to 16 Player Team death-match multiplayer. Play as pirates or CDF as you both battle for points in an alien infested Ghostship!
– 45 Fun and interesting achievements to keep you coming back for more.
– Full gamepad Support 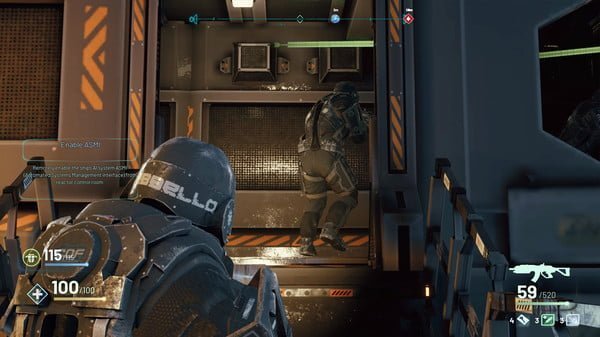 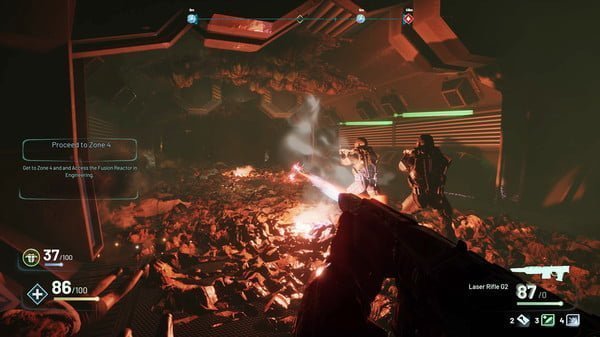 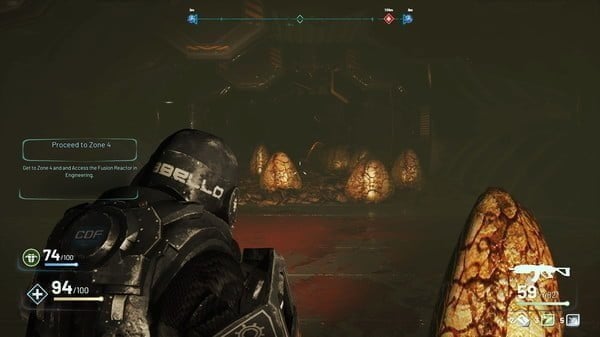