LifePlay is a life simulation RPG that allows you to play in 186+ real world cities. The game has extensive character customization and includes 632+ scenes, depicting life situations where your choice matters. The 3D sex scenes have 250+ animations, accompanied by well-written erotica.

With a new update every 2 or 3 weeks since its first release in April 2018, the game already has a lot of playable content you can enjoy for tens of hours. It’s also very moddable – click on “Third Party Mods” from the main menu to check out what modders have made, or check the Docs folder to start modding yourself.
The game covers many different fetishes, but all of them are optional and can be disabled / enabled depending on your taste. 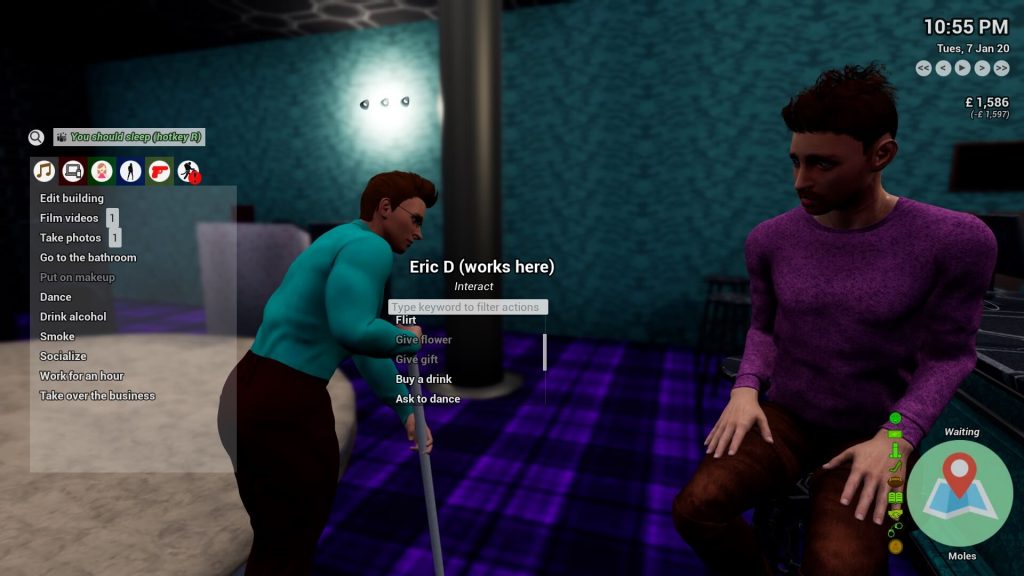 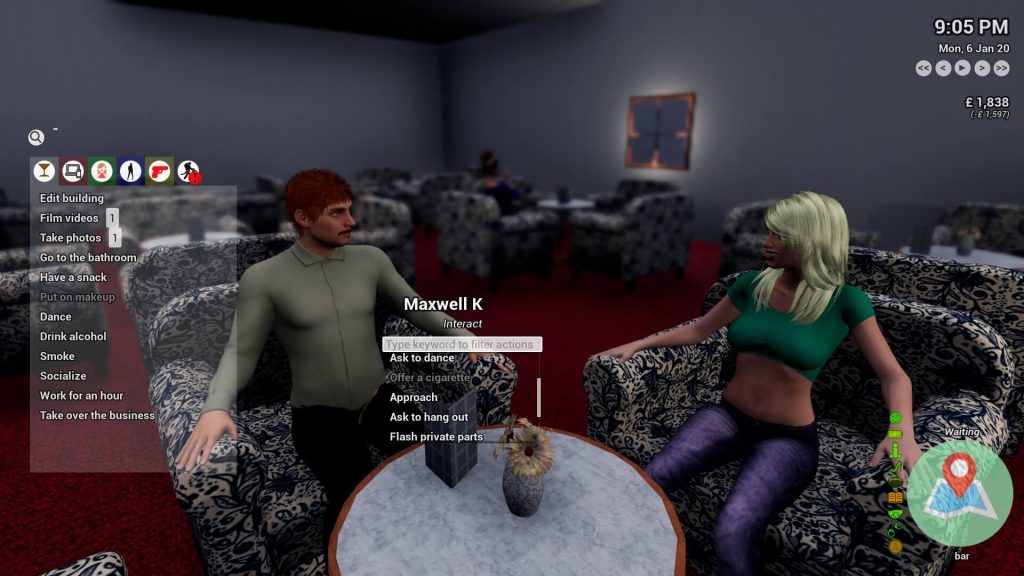 v4.30
– This is a Kink of the Month update focusing on At Work. This is also the final v4.x update, as we move on into the 6-update v5.0 overhaul in April and May.
– A colleague calls in pretending to be sick. You are asked to go retrieve some important documents from their home. You find them too busy having sex at home instead you can either snitch or stay quiet and have some fun yourself.
– If you’re banging your secretary and your boss is interested as well, they might ask to have a go themselves. You can refuse for a jobperformance hit or accept for a bonus. Be careful if you accept too many times though as your secretary may end up getting promoted to be an even higher position than you and you’ll need to find another secretary to play with.
– If your jobexperience is at least 50, your boss might occasionally ask you to interview potential new junior hires, who might try to bribe you with money, their number, their body or their SO’s body to get hired
– If the Netori module is enabled and you’re banging one of your subordinates, you may find out they’re having a date with a new bf/ gf after work. If you let them be, their new relationship is unharmed. You can assert your dominance instead by convincing them to bang you before the date and either cuck the unknowing new bf / gf or actually send the video to this new bf / gf, which may result in either a breakup or a new willing cuck depending on the bf/ gf’s masochist.
– When you bully a subordinate (by clicking on them and selecting that option), there’s a chance that their significant other sees you outside of the office one day and decides to confront you. You can then seduce this SO of theirs instead.
– If the Netorare module is enabled, you get a pleasant surprise of a big promotion one day, only to come home and see your boss banging your SO, who has taken upon themselves to help out your career. If you put a stop to it, your boss may fire you in the next performance review. If you let the arrangement continue, you’ll find your boss coming over your place periodically to bang your SO but your job performance will always be seen as perfect and you may get another promotion before long. Be careful and make sure you keep your SO’s attraction to you high though, as your SO may skip the middle man one day and leave you for your boss otherwise.
– After you’ve done it with the boss’s spouse or adult child once via the office errand scene, they may want more and call you to come over when your boss is out periodically. Threesome is possible for you’ve banged both. Eventually, they can become enamored and want to be your bf / gf. With dating your boss’s child, depending on the boss’s existing rapport with you, they may threaten to fire you unless you leave their child alone, or actually be cool and give you a promotion for being their future son/daughter-in-law. With stealing your boss’s spouse, you can either take the high road and accept getting sacked for it or plot with the spouse to get your boss fired due to false allegation of domestic violence and get a nice promotion to boot. You can also ask for a share of the divorce money.

How To Install Game LifePlay

1- Extract to desired location.
2- Click on “LifePlay.exe” to start playing.

Note: Old saves from previous versions are always compatible with the latest version, but you have to manually copy the LifePlay/Content/Saves folder into the new version first.